A common topic among those of us in the special needs community is the use of the word "retard" or "retarded" in a non-medical, non-musical, but slang sense.  Of course we know, as a society, that using the word towards or at someone with an intellectual or physical difference is hate speech; where we are divided is regarding the use of the word in everyday life as a slang term meaning stupid, unintelligent, idiotic. etc.  It is thrown around with such frequency and is so wide-spread, that people have begun to accept it as a normal and acceptable term to use.  This is especially true in our younger generations who are growing up hearing it and not being made aware of the fact that it is not appropriate.

I used to say it, and I am ashamed to admit that is took the birth of my son to change that for me.  I wish I would have know someone with an intellectual difference growing up, or that someone had told me that it wasn't right to say and that it actually hurt people who heard it.  I would have listened and changed.  I, like most people who haven't been educated about it, thought "everyone says it!" or "I don't mean it in that way."  I try to educate people now, and most are extremely receptive and apologetic, understanding of my feelings.  What I have a very hard time with are the people who get defensive and mean, telling myself or others that we are overly sensitive and ridiculous to fight against this word.

Sephora is marketing a product that has brought these insensitive people out of the woodwork.  It has also provided an opportunity for the advocates (parents, siblings, and friends) of someone with special needs to try to make a difference.  Kat Von D, a tattoo artist, designs a line of makeup specifically for Sephora.  This week, Sephora actively marketed a lipstick by Kat Von D named "Celebutard." Wiktionary defines this word as a "blend of celebrity, debutant, and retard," or "a celebrity viewed as unintelligent; especially a celebrity who behaves badly in public."

Sephora's Facebook page and website have been slammed with comments and requests to take the product off the shelves or simply rename the shade of lipstick.  They haven't yet taken any action to make it right, but we will continue to fight to make it happen.  We can't make the whole word stop saying this word, but this is something we can do.  Naysayers tell us we are overreacting.  They ask "what does it matter anyway?" As Kat Von D herself responded, "It's just a F***king lipstick."  Yes, it is.  But that fact remains that every time something like this is allowed to be marketed and sold, the R word or the use of it in mash-up terms like this, just perpetuates the idea that it is somehow funny and acceptable to say.  And as a friend of mine asked, "can I not even go and buy makeup without having to hear that word?!" I want you to know that I am not getting involved in all of this because I like to fight about stuff.  I assure you that every time I hear the word used, it feels like a stab to my heart.  Truly.  It hurts.

Ari is going to have challenges in his life.  We live in a society that doesn't always see his value as a human being.  He will work harder than most to achieve his goals and he will be doubted at every turn. He may have additional health concerns to face in his life.  Does he also need to fight to live in a world where he doesn't constantly hear a word that demeans and hurts him?  Really?  So, maybe this seems to some like a battle not worth fighting, but it is one I can fight, and I will do anything, no matter how silly some might think it is, to change the world he will grow up in.  He deserves it. 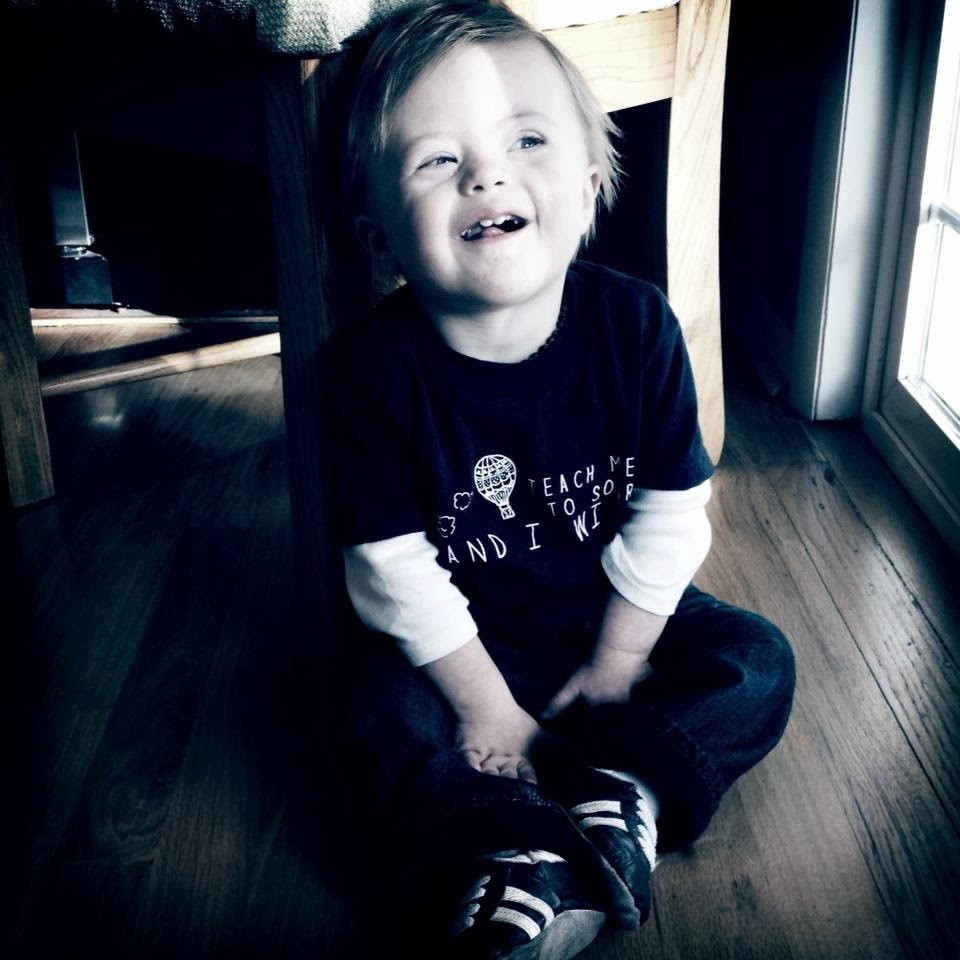 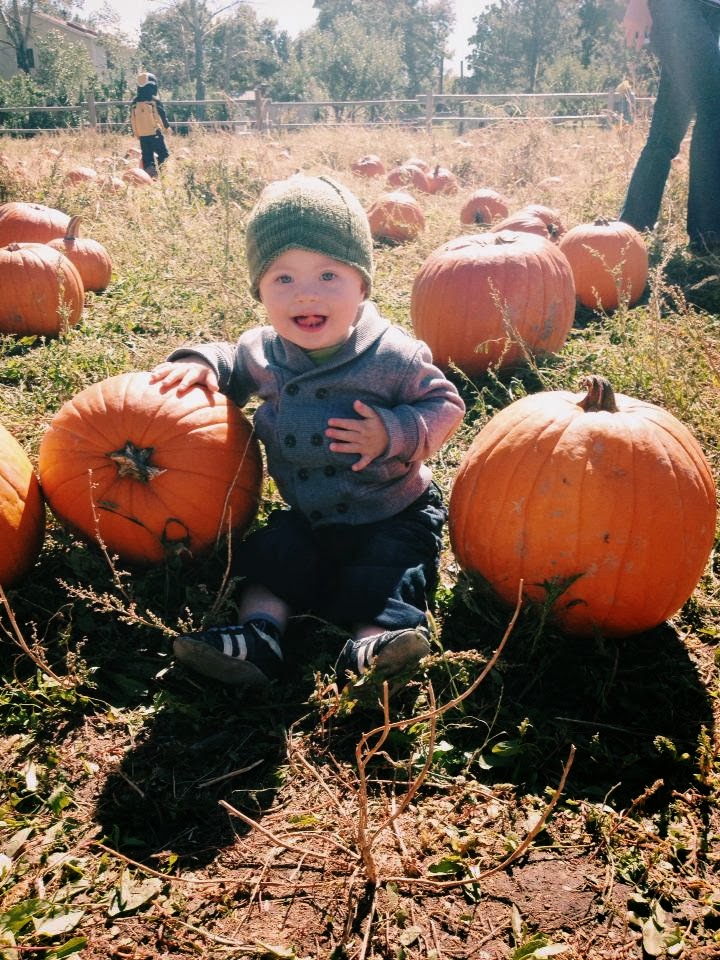 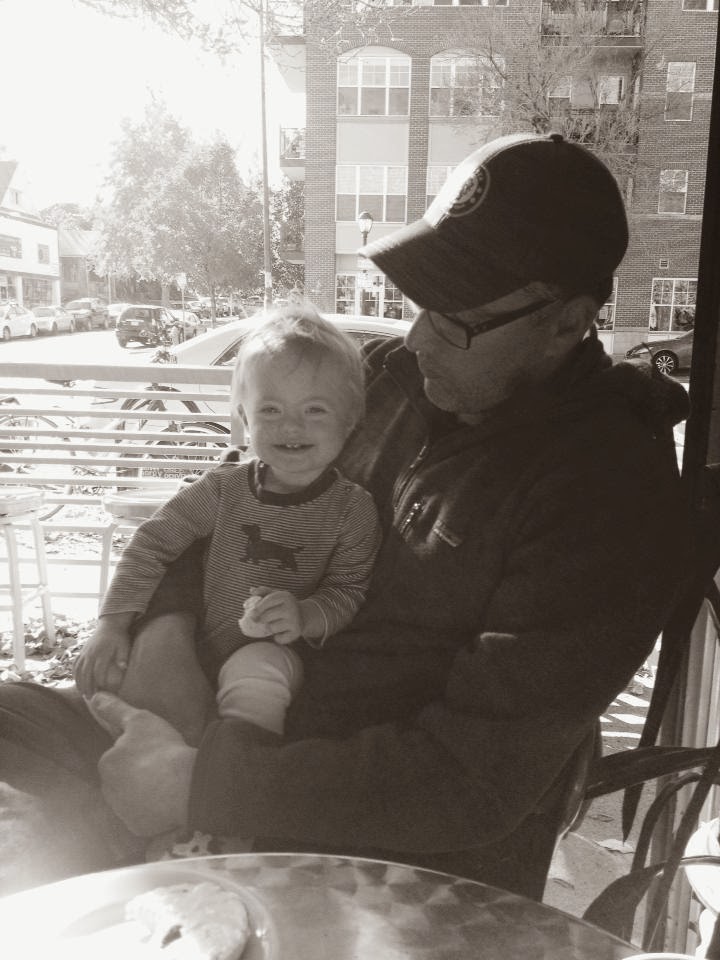 If you would like to help in this cause, you can sign a petition here. Update: The lipstick has been pulled from the shelves.  Here is an article about it.

I also found a great video today by Robb Scott.  It is a spoken word poem he wrote for his son.  You can see the video here.  I wanted to post the words here as well. Enjoy! And please spread the word to end the word!

Retard!
It's a word you woulda heard me use a lot,
to describe my thoughts on a rotten situation.
Like that attack on Iraq - that lacked any facts,
I sat back and said "now that's a retarded altercation".
I didn't use the word as a way to demean or be seen as being hateful.
Only to let you know you ate your weight in stupid,
and you still got a plate full.
So it was ok. It was playful.
But I didn't realize, tied to the other side of that word,
was a slur and people cried when they heard it.
I was oblivious to the insidious nature of the term.......
but I was about to learn it.
When my wife gave birth, there was no plan to rehearse
for the worst, no test for this lesson.
I was stressed and confused, I cried at the news,
This ain't the son that I guessed I was getting!
He's ailing and sick and thin as a stick,
he's too frail to even come home.
They said he'd be slow, success would be low,
and oh! he's got Down syndrome.
And that's when it all changed....
and I became estranged from that word you heard me use a lot,
my son was the one who rearranged the plot.
and taught me words aren't after-thoughts,
they're weapons -- they're used for good or not.
So I got to build him an armoured heart,
so this word won't rip my son's apart,
but I don't know where or how to start,
and that right there is the hardest part.
Because I can't protect him.
So I expect when he roams this world alone,
he'll find this word under every stone,
he'll flip it over and bring it home,
and go over it with a fine tooth comb.
And he'll examine all the ways it's said,
the nouns, the verbs, the adjectives.
But I hope at night when he goes in bed,
this word won't stay inside his head.
Instead,
I hope he dreams of this scene in France,
where he sees the word and they exchange a glance,
he extends his hands and takes the chance,
and asks the word, "would you like to dance?"
And they prance, and play all day and get dirty,
spread their wings and sing like a birdy,
Then he tells the word, "I know that it's early"
"but I got to go now that I know you can't hurt me."
And then he goes, and shows the world what we see,
a heart so big you'd hardly believe me,
and though I know it won't be that easy,
he'll break these labels, so he's able to breath freely.